In October, John decided to plan a large collaboration project that would have a bunch of art from a bunch of people from different backgrounds. When talking out the project with Jessie and trying to figure out what to create, they settled on something that appealed to their geeky natures.
Jessie went to work on some Black Panther vector portraits in Adobe Illustrator Draw on her iPad Pro. Once finished she passed the files along to John who worked in Adobe Illustrator to create the Black & White OpArt inspired background pattern combining traditional  as well as futuristic styles. 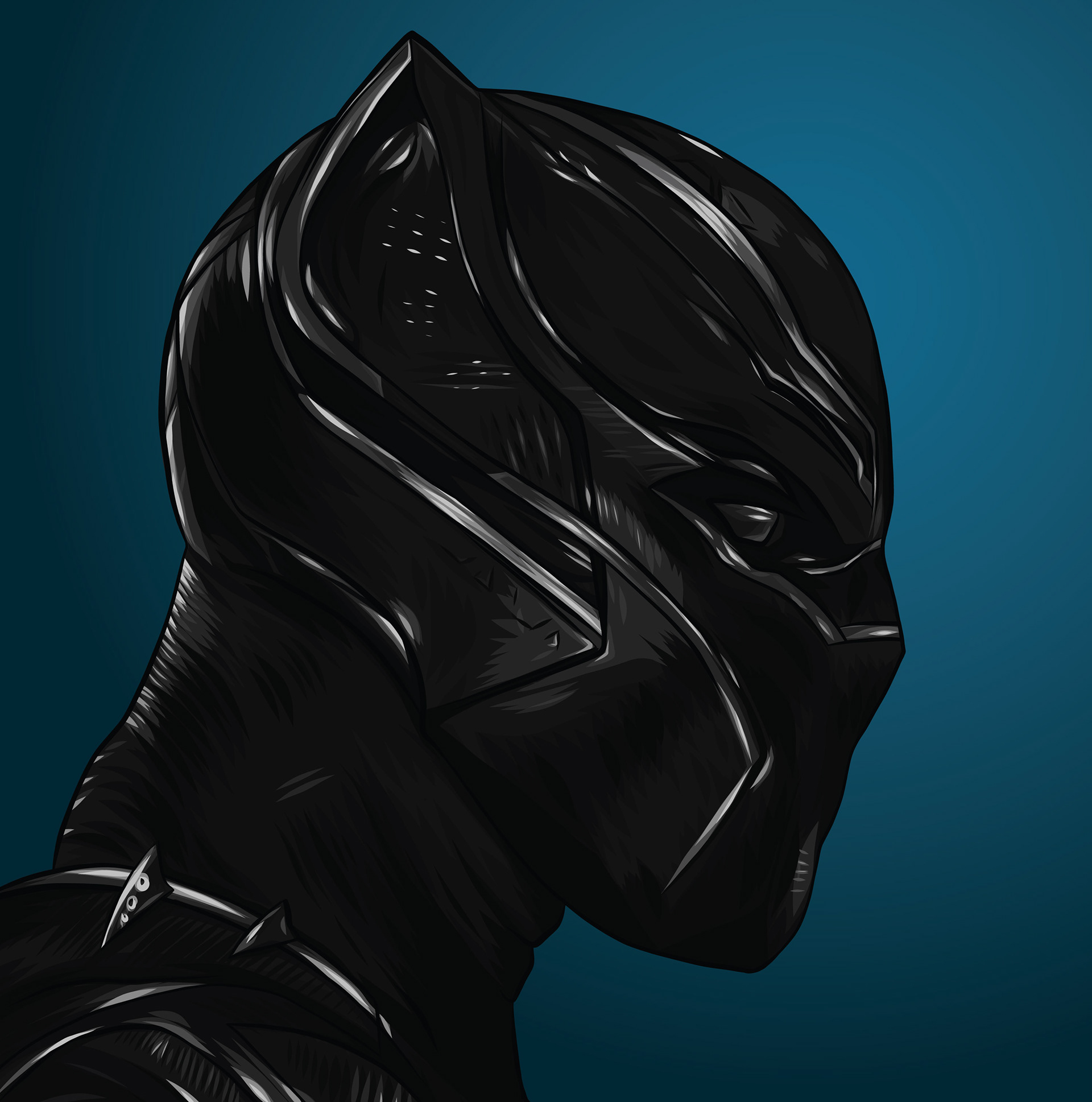 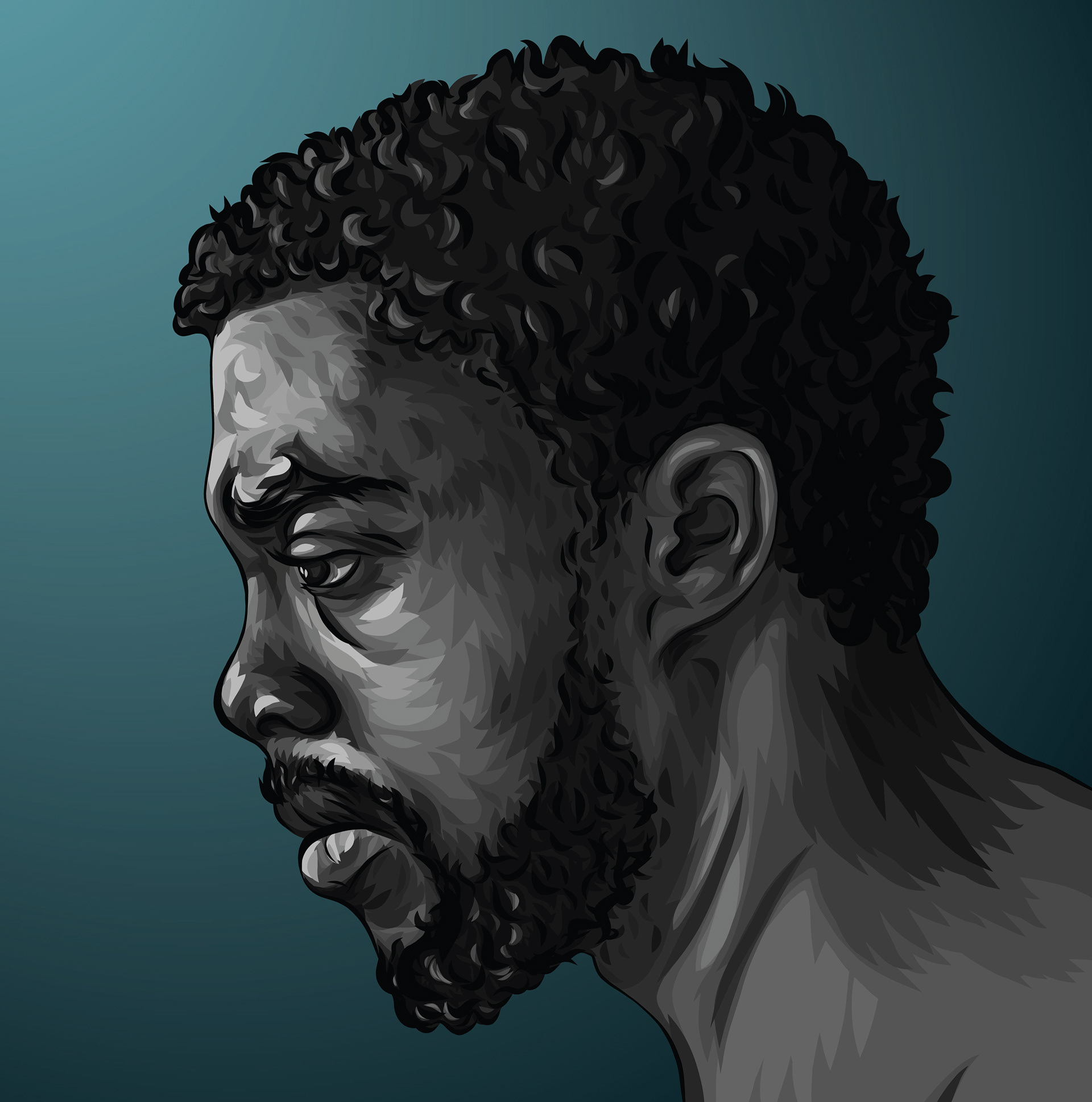 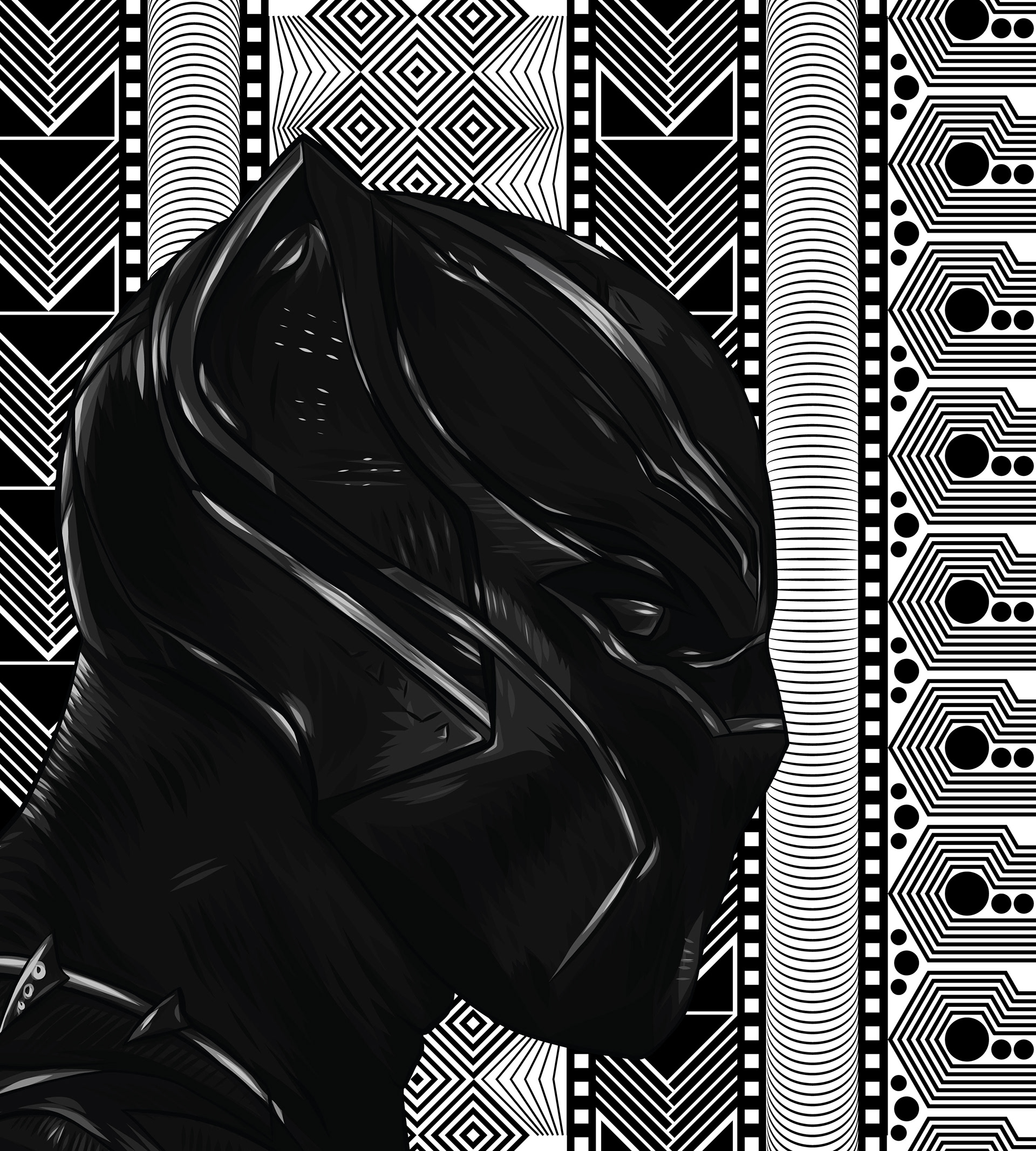 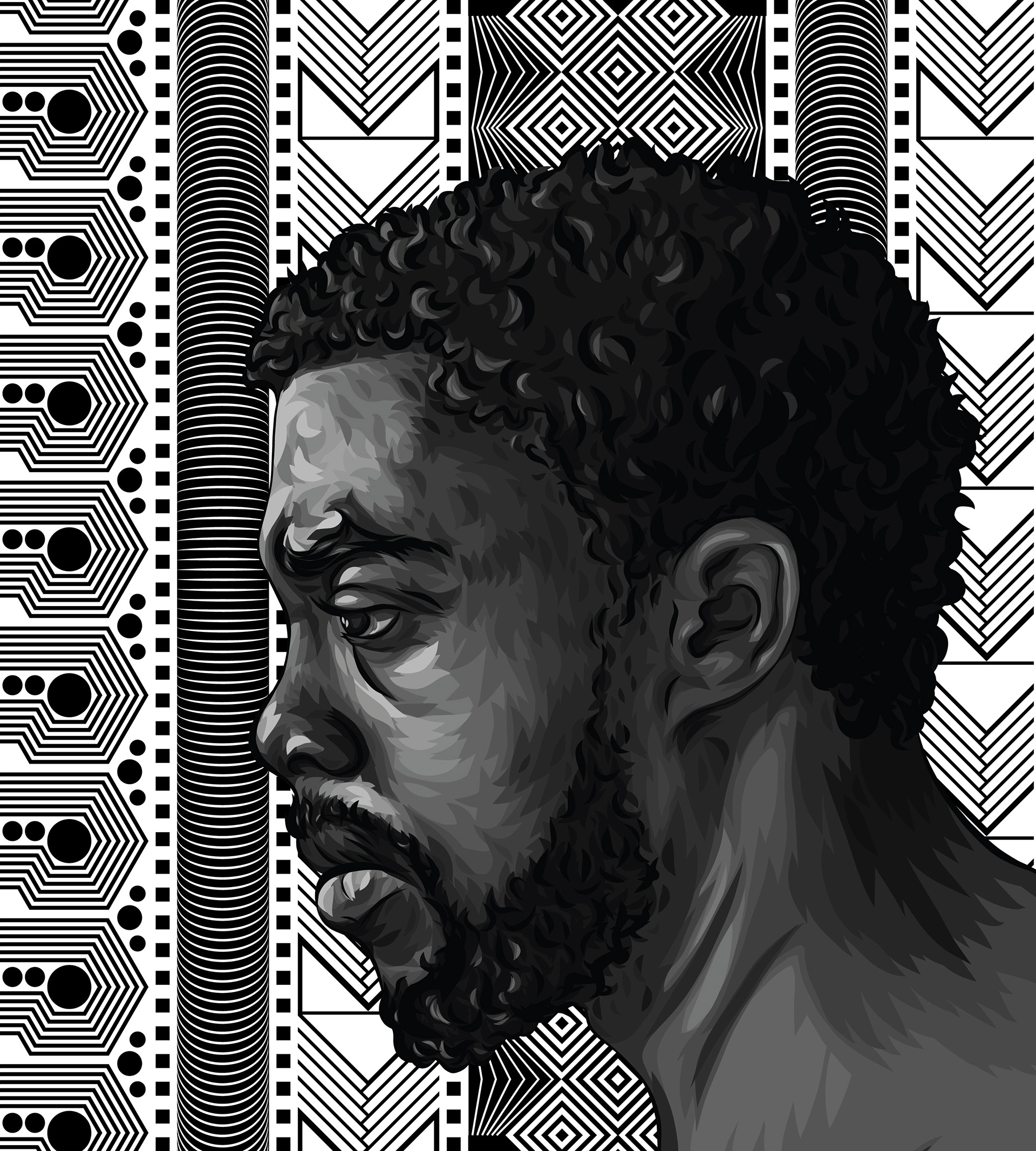 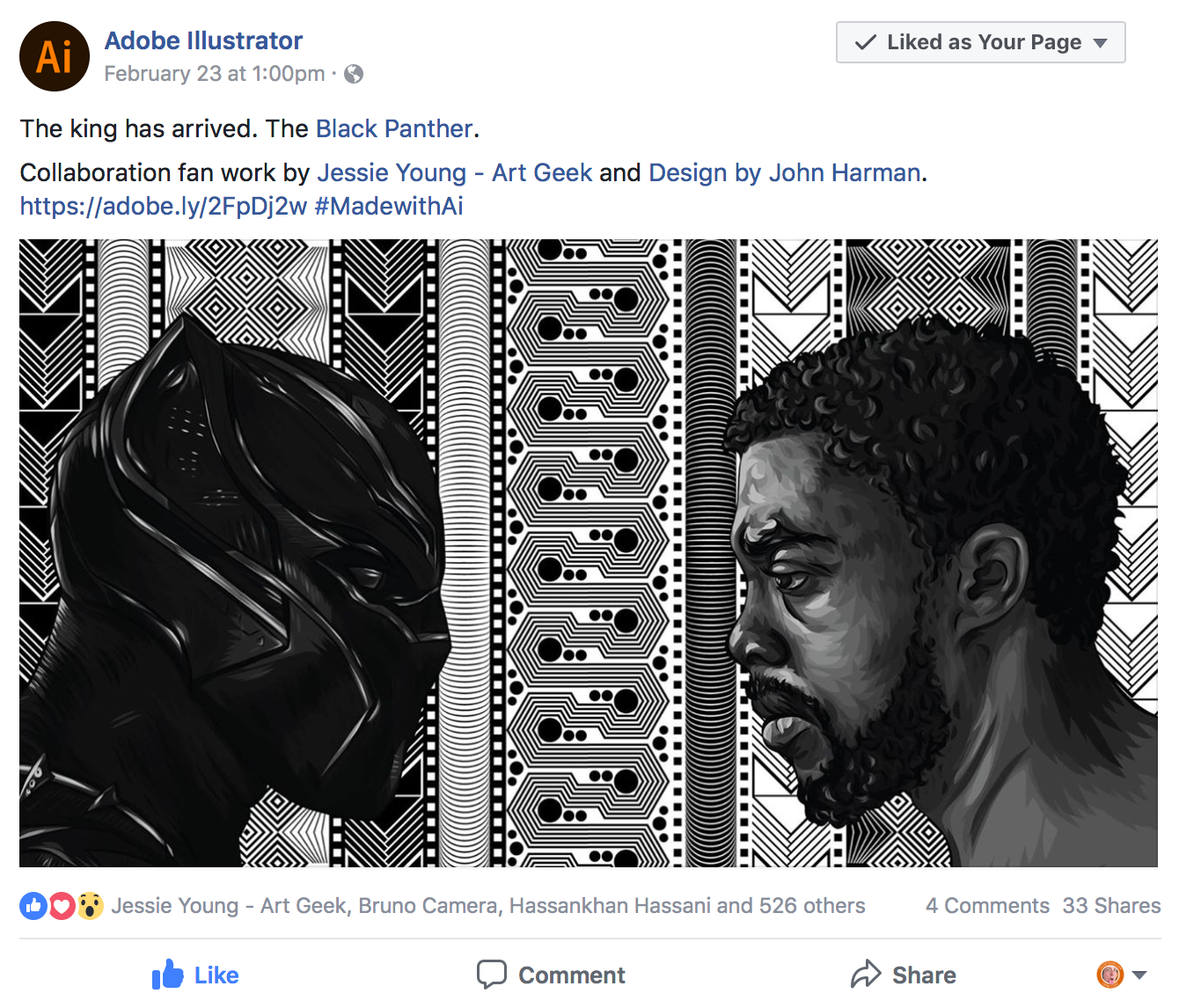 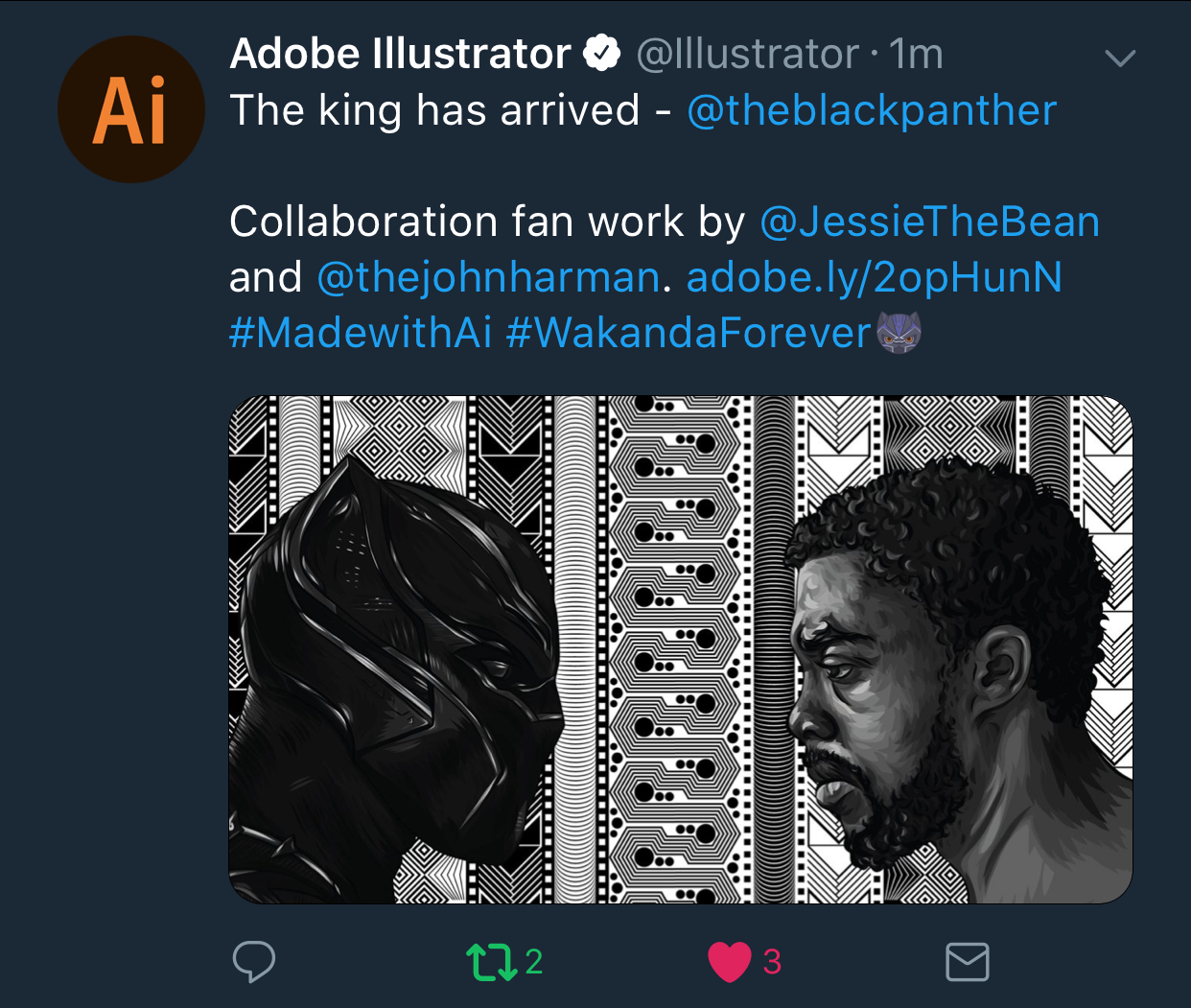 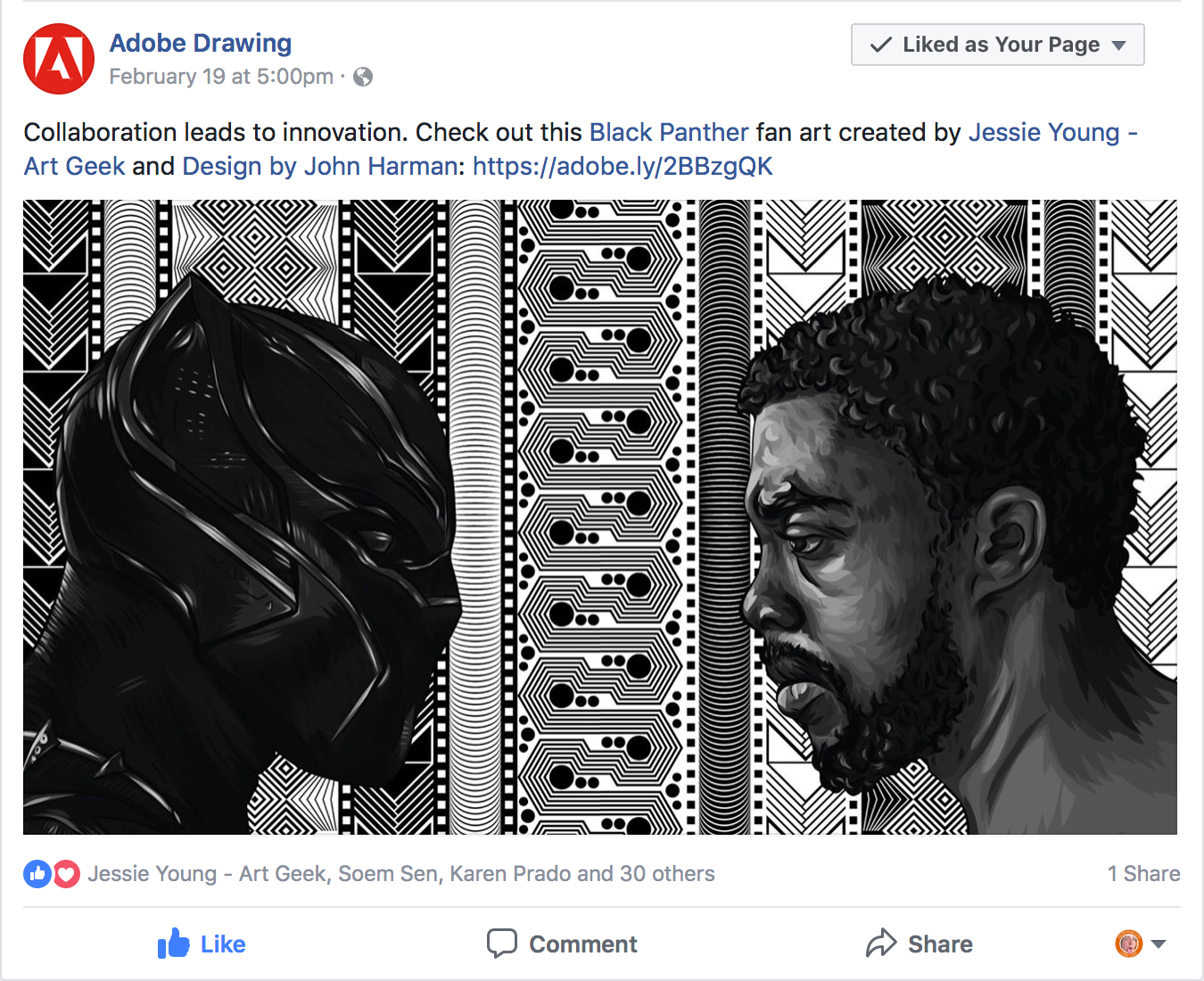 Tweets and mentions by Adobe, February 2018. Thanks Adobe!